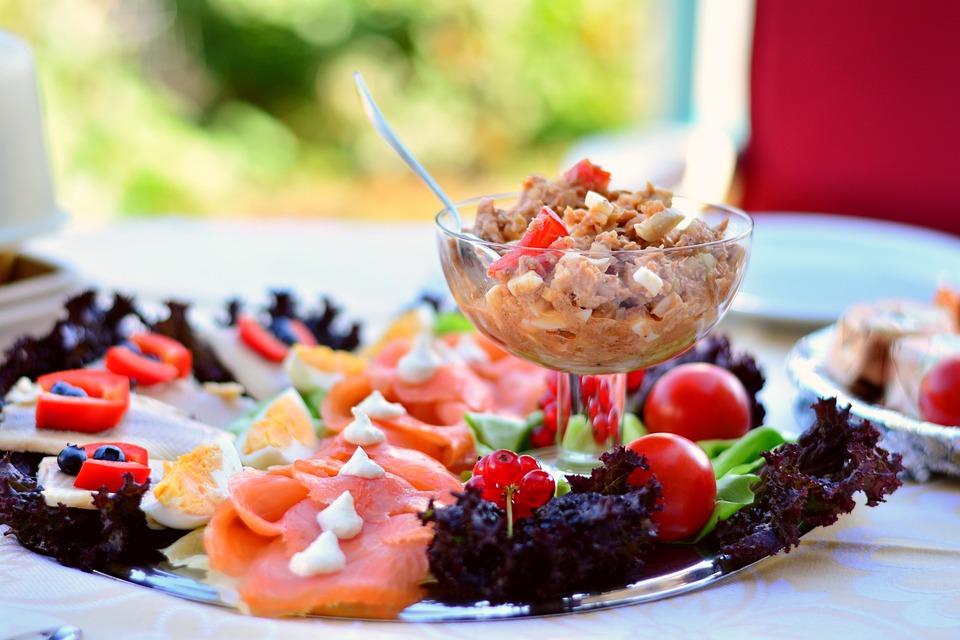 Tuna fish is one of the healthiest foods you can add to your diet, boasting high amounts of protein and healthy fats. In addition to being healthy, tuna is also a delicious and versatile ingredient that can easily find its way into a multitude of recipes and cuisines.

The health benefits of tuna fish go beyond essential nutrition; with high protein but low calories per serving, tuna is also an ideal food for those trying to lose weight. However, could all of these benefits be too good to be true?

While tuna is mostly good for you, you may want to consider a few things before adding it to your diet in large quantities. Read on to find out more about the health benefits – and potential drawbacks – of adopting a tuna fish diet.

For the most part, tuna fish wholly deserves its reputation as a health food. As we’ve already mentioned, tuna boasts a high amount of essential nutrients in every serving while remaining both filling and low in calories. Let’s discuss some of the most important of these nutrients.

Protein is one of the three essential macronutrients that your body needs to survive. Among other things, your body relies on protein to build muscles and repair damage—which is the primary reason why we associate bodybuilders with protein shakes or, perhaps more comically, a glass full of protein-rich, raw eggs.

Like most other fish, tuna is a motherlode of protein containing an average of 20 grams in every 3.5-ounce portion. For the average diet, this amount is about a third of the body’s daily protein requirement!

Protein is beneficial for dieters, too. High-protein foods are especially filling—far more so than foods consisting mostly of other macronutrients, such as fat and carbohydrates. As a result, protein-rich foods keep you fuller longer, preventing you from overeating. Since tuna fish is also rich in other nutrients (see below), it’s a healthy way to stay full while staying healthy!

Tuna fish is also high in healthy fats. While healthy fats will provide the same calories per gram as other fats, omega-3 fatty acids are actually beneficial for your body—unlike certain “unhealthy” fats, such as butter and lard.

While tuna is low in overall fats, eating it can still help you meet your daily requirements for fat intake. Note that different species of tuna will have different fat contents, with bluefin and albacore being among the fattiest. Tunas such as yellowfin and skipjack, often found in sushi, are among the least fatty.

Fatty or not-so-fatty, tuna fish is still a good source of omega-3s. Omega-3 fatty acids are known to help slow the buildup of plaque in the arteries, decrease triglycerides, and even help with an irregular heartbeat. These benefits are among the many that make tuna an especially heart-healthy choice.

Tuna is also rich in vitamins D, B6, and B12. Vitamin D is especially helpful for your immune system and can also help alleviate the symptoms of depression. Vitamin B in most of its forms is also useful for keeping you energized. Tuna fish is also extremely rich in selenium, which, among other things, is a powerful antioxidant. 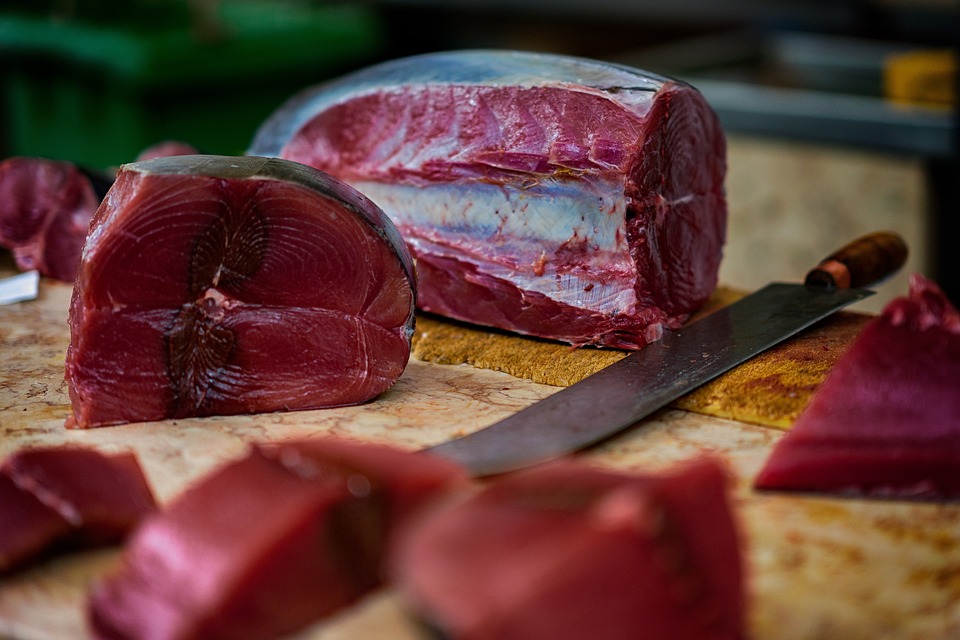 Tuna fish is one of the most heavily farmed and, as a result, widely available fishes in the world. Most people know tuna in its canned form, having grown up on tuna sandwiches. To this day, canned tuna remains both inexpensive and abundant.

When purchasing canned tuna fish, you’ll often be able to choose between various types, the most common canned varieties being albacore and skipjack. Canned tuna is usually packed in either oil or water; water-packed tuna is healthier, but oil-packed tuna is extra tasty—especially if it’s been packed in a high-quality oil such as extra virgin olive oil.

Of course, tuna is also available fresh, but this is often the most expensive option—many markets stock both fresh and frozen fillets. Unless you live by the ocean or a market that flies in their tuna the same day, frozen tuna is often the best option as it’s usually flash-frozen on the fishing boat. In fact, many sushi chefs prefer to freeze fresh fish before thawing it for use.

Like with any food, how you choose to prepare your tuna can significantly affect the associated health benefits. For example, tuna may be healthy, but a mayonnaise-laden tuna salad is not! Healthier options include eating tuna straight from the can with mustard or lemon juice or grilling whole filets. 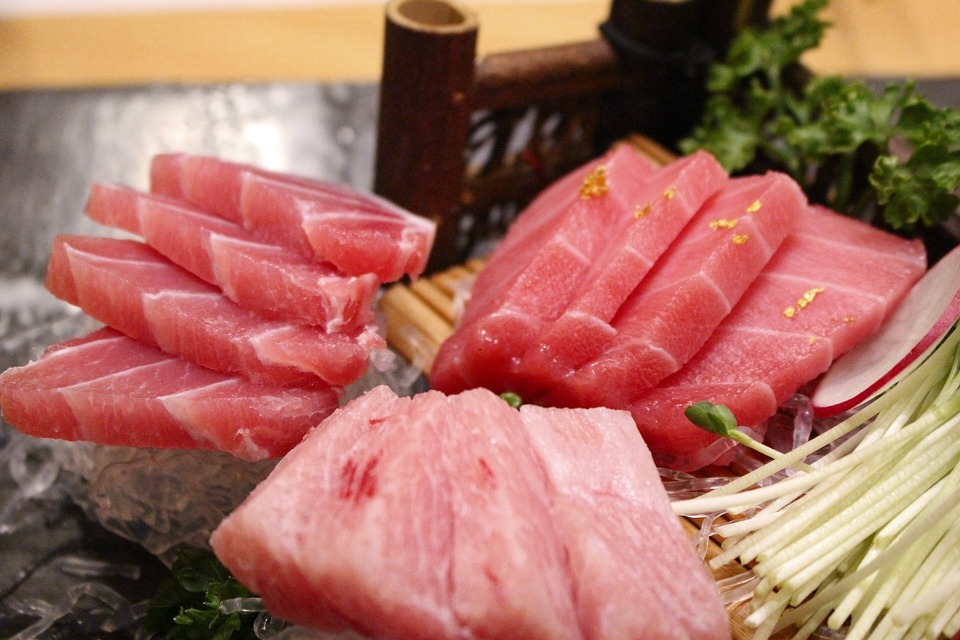 Despite its myriad of health benefits, tuna fish has one major drawback: mercury. Due to human interactions with the environment, many large salt-water fish such as tuna have high mercury contents. While the occasional portion of tuna fish won’t kill you, eating it frequently over time can result in mercury poisoning. Among other symptoms, mercury poisoning can cause vision loss, tremors, and numbness.

To avoid mercury poisoning, wait a few days between enjoying tuna. Also, note that different species of tuna have different mercury contents; you may need to wait longer between portions of albacore than you would skipjack or light chunk tuna.

Overall, tuna fish is an incredibly healthy food choice due to its high content of protein, healthy fats, and vitamins. While available in a multitude of affordable options, high mercury content and unsustainable fishing practices means that you should limit yourself to two servings per week.

link to Figure 8 Fitness Review: Is It Worth It?

If you have ever searched for a dance-inspired weight loss program, chances are that you've stumbled upon Figure 8 Fitness. Now you're probably wondering if it is worth it or not, case in point why...

Continue Reading
link to Yoga Burn Reviews: What You Need to Know to Make it Work for You

Yoga Burn is a 12-week yoga fitness program that was created by Zoe Bray Cotton. It was initially known as “Her Yoga Secrets” and utilized a Dynamic Sequencing method that burns fat and calories...