Jillian Michaels is a no-nonsense do-the-work-and-get-the-results type of trainer.

Those who have watched her and her methods while working with clientele know that she expects you to push yourself to your limits.

It’s that same attitude and mentality that Jillian expects from those who purchase and use her 30-Day Shred workout.

She designed this program to “blast through calories” for a dramatic change in physique.

By working out based on the video’s calendar and eating right, users are promised the physical transformation that they have always been dreaming of.

However, is it really that simple?

Can working out 20 minutes a day for 30 days really provide a full body shred?

Let’s take a few minutes to get to know the woman behind the program and then the program itself before we dive into what users have to say about Jill’s 30 Day Shred.

Who Is Jillian Michaels? First things first, we need to get to know the woman behind the workout.

So, who exactly is Jillian Michaels?

Most know Jillian as the “toughest” trainer around. And while that is true, she hasn’t always been the no-nonsense cookie that she is today.

In fact, she grew up as a heavier child, coming in at about 175 pounds and just 5 foot, 2 inches tall during her eighth-grade year.

Because of her weight, she was the victim of bullying. Allegedly, the bullying problem forced her to switch schools. She also suffered from night terrors and some other issues as a result of her parents’ divorce.

Jillian would later attend college at California State University, Northridge. During that time, she supported herself by bartending and working as a personal trainer. She would later open the sports medicine facility Sky Management in 2002.

Her career and credentials in fitness

As a professional personal trainer, Jillian uses a wide variety of different techniques with her clients. Some of those techniques include kickboxing, weight training, Pilates, yoga, and plyometrics.

She has held two personal training certificates from the National Exercise & Sports Trainers Association and The Aerobics and Fitness Association of America.

Besides her work as a personal trainer and releasing her line of workout DVD’s, Jillian Michaels became famous as a popular TV personality.

This is mostly thanks to her time on the reality series “The Biggest Loser,” soon followed by the spin-off show, “Losing It with Jillian.”

Later, Jillian featured in her own reality series on her life with her partner Heidi Rhoades. That show went by the title, “Just Jillian.”

Besides her TV appearances and workout videos, Michaels is also a published author. She has at least seven books currently available. And those don’t include the countless articles she’s written for magazines.

Of course, it’s also well worth noting that she has been engaged to her fiancée, Heidi Rhoades, since 2009. The couple has two beautiful children together.

Their daughter was adopted in May 2012 from Haiti, and later that month, Rhoades gave birth to their son.

What Is the Jillian Michaels 30-Day Shred? So, what is the Jillian Michaels 30-Day Shred program?

Celebrity trainer Jillian Michaels created a program that tells users they can get the shredded body they’ve always dreamed of. However, they have to work her 3-2-1 Interval System.

This system combines strength training, cardio, and ab workouts. And the program revolves around three different workout videos, all about 20 minutes long.

Sure, but only if you’ve been working your body for some time.

For those who are just starting out on their fitness journeys, know that many users say this program is very intense.

The three workouts are different intensity levels and are based on circuit training. You’ll focus on strength training first, followed by an intense cardio blast, and will end with a core workout. 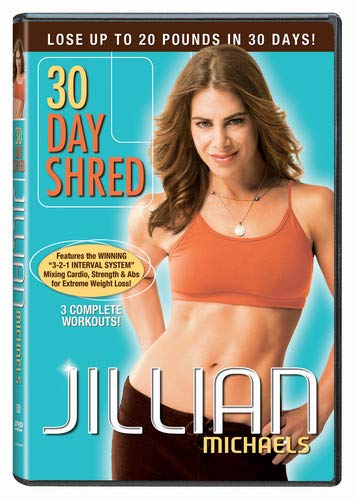 The idea is simple enough.

You start with the first video, called “Level 1.” And from there, you’re supposed to follow that video for 10 days straight.

This is to help users build up their strength and stamina before they are ready to move on to Level 2.

Users will then work through 10 days of Level 2 before moving on to Level 3. This one, naturally, is the most difficult of the three workouts.

Same rules apply to Level 3. You’ll spend 10 days with this one, and you should see some pretty good results afterward.

After doing a little bit of research, as simple as the 10 days for each level workout may sound, many users found that this calendar simply got stale after a while.

This made it hard for them to follow through and complete the program. So, some users decided to get a little creative. They made up their own workout calendar to follow for 30 days.

One method that many users seemed to enjoy was to space out the 10 days and add in a different workout in between days.

So instead of doing Level 1 for 10 days, they did Level 1 on Monday, Wednesday, and Friday. Then they’d did something else, like maybe Pilates on Tuesday and Thursday.

This kept their bodies from getting too accustomed to a routine. And many users say it helped them see some better results.

Another popular method was to simply alternate levels with each day over the 30-day time frame. So, instead of focusing on Level 1 for 10 days straight, users would do Level 1 on Monday.

Then, they’d move to Level 2 on Tuesday and Level 3 on Wednesday. They would then repeat the cycle every three days until the 30 days was up. Jillian Michaels’ 30-day shred program doesn’t come with a dedicated meal plan option for users. Some buyers found this a little frustrating and felt it made the program less than entirely complete. However, that doesn’t mean users can just eat whatever they want while working on this program.

Well, some would say that’s a little harsh, but the point is, if you want to see serious results, you need to alter your nutritional plan accordingly. Eating out and drinking sugary drinks while working an intense exercise program will not yield the results you want. They simply won’t.

The saying goes “abs are made in the kitchen,” and that couldn’t be truer.

Because the Jillian Michaels 30-Day Shred program is based on circuit training, there are some pretty simple nutritional plans that users can use to get the desired results.

First of all, you’ll want to plan your meals out and time them appropriately in order to fuel your body for the work you will expect to put it through.

Start by having some good protein a few hours before your workout. Then, have some healthy carbs 30 or 60 minutes before your scheduled workout.

During your workout, you’ll want to make sure you stay properly hydrated. So, make sure you have plenty of water on hand to help you get through the entire session.

Following your workout, you’ll want to have some quality carbohydrates and protein. This will help ensure your body can repair and recover from your workout. You may also want to follow this step within an hour post-workout. This can help your muscles get adequate nutrients when they need it the most.

Then remember to follow up with your normal meal routine throughout the rest of your day. However, keep in mind that what you put in your mouth will have some effect on your body later.

What Consumers Think of the 30-Day Shred by Jillian Michaels? For a workout program only costing about $8 on Amazon for a DVD copy, and $15 for a Blu-ray, is Jillian Michaels 30-Day Shred worth the investment?

By the looks of the average 4.5 out of a 5-star reviews, it looks like it could be!

Let’s take a moment to see what users thought of Jillian’s program.

Finally, users expressed great disappointment with the long infomercials found at the beginning of the program. They claimed that the five-plus minute commercials coming before the actual workout were simply off-putting.

Although that really doesn’t have much effect when it comes to the actual workouts themselves.

For an $8 workout program, many are left skeptical of the program’s ability to get them real results. What it all comes down to, though, is the users themselves.

Remember, there is more to living a healthier life than just fitness.

The proof is in the pudding – simply look up before and after results of the program and see for yourself.

What users need to remember, though, is that each person is an unique individual.

That being said, results are going to vary depending on the person, the amount of work they put into the workout, and what type of nutritional plan they follow.

Can the 30-Day Shred by Jillian Michael’s help users lose weight and tone up?

The answer is yes – just as long as they truly commit to making the actual lifestyle changes and don’t treat it as a one and done fix. 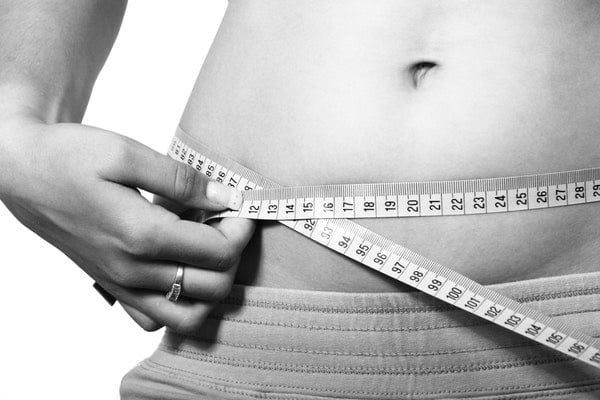 Inspire Anyone to Lose Weight