Conventional wisdom and science tell us that certain foods are healthy while other foods are not. Broccoli is good for you. French fries are bad for you. The Plan diet, however, disagrees.

Its creator, New York Times bestselling author Lyn-Genet Recitas makes wild claims based on the belief that everybody is different, and certain foods are “reactive” while others are not. Confused? That seems to be the idea.

The Plan and its follow up, the Metabolism Plan, both make some bold statements. Each book states that many “healthy” foods are in fact not healthy because of the chemical reactions that occur in the body.

They tout other foods that are considered to be (relatively) unhealthy like white rice as weight loss foods for some people.

Furthermore, the author of the Plan diet and Metabolism plan believes that people exercise too much. And that is causing them to gain weight. Exercise less, eat more unhealthy food and less healthy food to lose weight?

If that sounds too good to be true, maybe hold onto that feeling. Let’s take a look at the creator of these controversial plans and the promises they make. 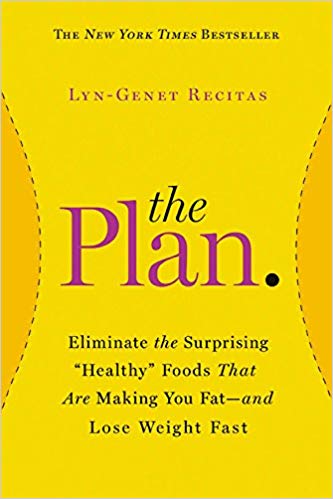 Lyn-Genet Recitas is the author of The Plan and The Metabolism Plan, the books that lay out these diets. She is a self-ascribed “holistic nutrition expert” that has been reportedly studying chemistry and nutrition for over 30 years.

She has worked in “health centers” on the East and West coasts, practicing hormone therapy, holistic medicine, and immune response therapy.

Recitas claims to be a nutritionist. However, you should note that she is not a doctor of any kind. Nor does she have any health care credentials.

Her website claims that she has joined a team of doctors and nutritionists working on the Plan and improving it. But it appears that only one of her team members holds a doctorate from an accredited medical body.

She received an undergraduate degree and master’s degree from Clayton College of Natural Health, not to be confused or associated with Clayton State University, a public school in Georgia.

Clayton College of Natural Health was a non-accredited American distance-learning natural health college that focused on alternative medicine. It closed its doors in 2010 and was hit with a class-action lawsuit not long after.

Recitas’ two bestselling books have garnered her national attention. And she has appeared on a variety of morning talk shows as well as health shows and segments. 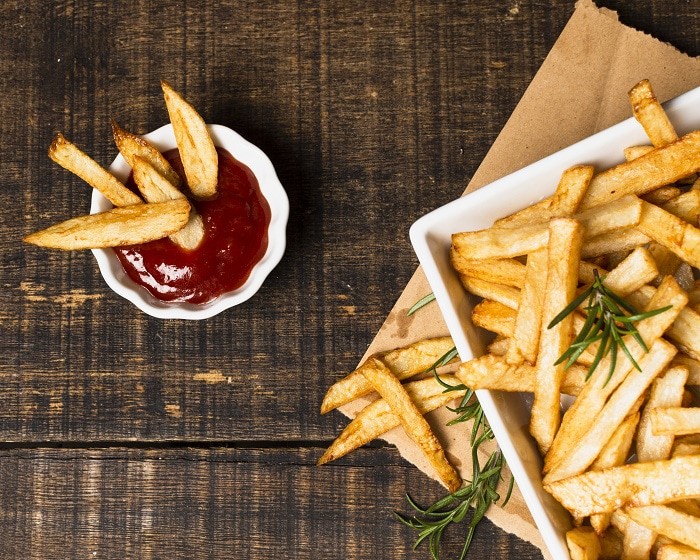 The Plan Diet: How It’s Supposed to Work

So, now that you have an idea of where The Plan came from, let’s take a look at how it claims to help people lose weight.

The main focus of The Plan is inflammation; you will hear this word a lot in both books as the reason for most of the bad things happening to you.

Inflammation is the body’s natural response to protect you from harm. It causes swelling and often accompanies pain.

Punched in the face and now your face is swollen? Got a bug and your nasal cavities are all swelled up? That’s the inflammatory response, a body’s call to arms for white blood cells to defend the at-risk parts of the body.

Chronic inflammation is different, however. The swelling of arteries and organs can occur when they react to harmful substances, like cigarette smoke or excess fat. Chronic inflammation absolutely can contribute to weight gain and is a risk factor for heart disease and stroke.

The Plan seizes on this fact and aims to reduce inflammation, which it points to as the main factor in people gaining weight. 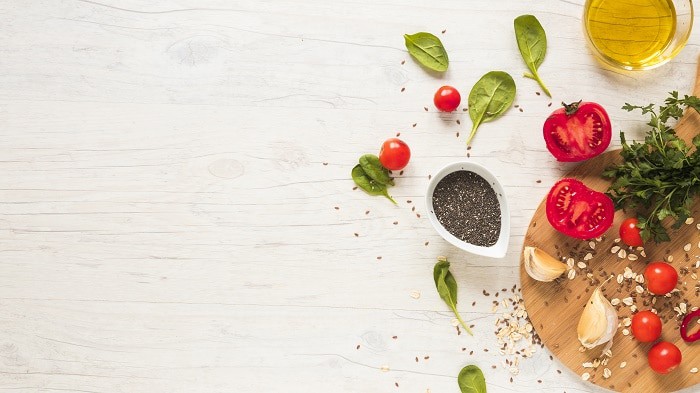 The Plan diet asserts that for every person, there are “friendly foods” and “reactive foods.” As you can probably guess, friendly foods are considered to be healthy and cause no adverse effects on your body.

“Reactive” foods, on the other hand, are bad for you. According to The Plan, they react to your body’s unique chemistry and become “toxic,” causing inflammation and then weight gain.

The thing is, what foods are friendly and what foods are reactive varies from person to person and their body chemistry. Some people may be ok eating French fries but react to turkey, oatmeal and strawberries.

Others might be fine eating basmati rice but react with quinoa with disastrous results. Additionally, some foods may react with each other for even worse results.

The Plan diet tells its adherents that too many reactive foods can cause inflammation and weight gain. But they also cause other chronic health issues like migraines, joint pains, and eczema

Sticking to friendly foods in healthy amounts will help people lose weight fast, improve their sleep, have better digestion, and more energy. It doesn’t matter how much carbs, fat, or even calories you ingest as long as they are all “friendly.” 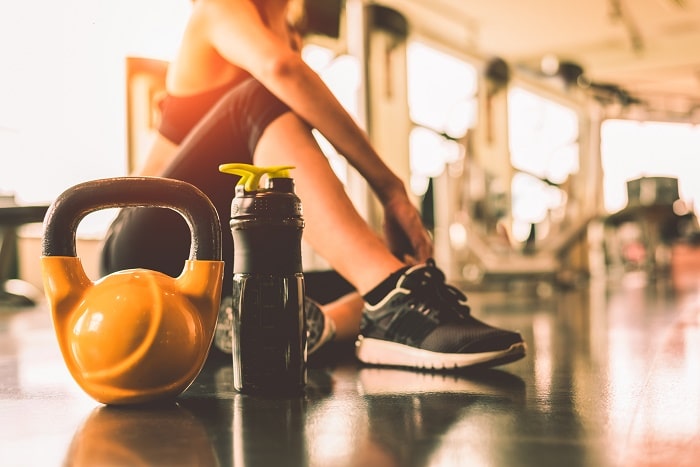 Ok, so maybe these eating plans are a bit wild, but maybe you just have to exercise off the excess calories, fats, and carbs from the friendly foods. Rigorous exercise is a vital part of any successful weight loss plan, right? Well, not according to the Metabolism Plan it isn’t.

Recitas believes that most people are exercising too much. And it is actually causing them to retain or even gain weight. Excessive exercise, say on a treadmill or elliptical, for example, raises cortisol and attacks your thyroid.

This causes, as I’m sure you guessed, inflammation. Recitas asserts that people who exercise too intensely are paradoxically slowing down their metabolism and stopping weight loss.

So far, The Plan diet promises weight loss and improved quality of life by laying off healthy foods, sticking to any food that might be friendly regardless of carbohydrate or fat content, and reducing the amount of exercise you are doing.

This might sound strange to you but don’t worry, you aren’t the only one. Let’s take a look at how the Plan is implemented to see if we can glean where the magic happens.

As a proof of concept, Lyn-Genet Recitas recommends resetting your body with a 3-day cleanse. This 3-day diet plan is intended to demonstrate that eating only foods that are thought to be non-reactive can have a positive effect on your body after just three short days.

Recitas also claims that many of her customers lose an average of five pounds over these three days. It achieves this without being restrictive.

For instance, you can eat as many veggies and seeds as you like as long as you stick close to 1800 calories a day.

The cleanse has three meals a day, plus a snack. It is largely granola and vegetables prepared various ways and is nearly all vegetarian. One recipe calls for chicken stock, for example.

“This is about slowing down and listening to your body.”

It gives our body a break from what The Plan labels as inflammatory foods. It gets your body ready for the change so that the actual Plan diet will go much smoother.

If, for whatever reason, you decide to continue with The Plan, you can look forward to a 20-day program. These 20 days are for finding out what your “trigger foods” are.

Many of these foods are traditionally considered healthy by presumably misguided doctors and credentialed nutritionists. Regardless, The Plan insinuates that these reactive foods still can cause inflammation and that it can identify them for you.

The Plan also promises to find your friendly foods, no matter how unhealthy they may seem to be at first glance. As long as it does not react in a harmful way to your system, asserts The Plan diet, they are A-OK.

How does this diet discover all of this about you?

Following the three days cleanse, the next two phases of the 20-day plan involve the participant to test their favorite foods to see if they are reactive or not.

Then, they will go on to learn how to test foods in the future to determine their reactivity and if they have a place in their dietary future. The goal is to teach people how to create their own health and wellness plan because after 20 days you are on your own.

Similarly, you must test your exercises. The Metabolism Plan posits that there are also good and bad exercises for you and you have to experiment to find out which ones will make you feel well and which make you ill. It is unclear whether or not you can simply lump all exercises into the bad category. 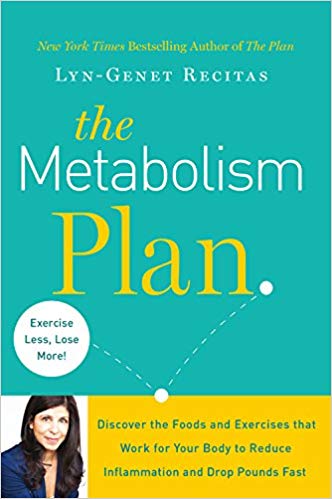 All of this may sound vague to you, but again, that’s kind of the idea, and you aren’t the only one. The Plan diet makes some audacious claims and assumptions; few to none of them have any sort of scientific basis.

If different is what you are going for and aren’t concerned with lack of credentials, The Plan could be the shakeup your body needs. It’s technically possible.

The Fast Metabolism Diet Reviewed: What Is It and How To Get On It