Coffee is the most popular drug in America, but does that mean it’s bad? Can it really work to suppress your appetite? Does coffee have hidden health benefits that can actually make you lose weight? 64% of people already drink at least a cup of coffee a day, and this could be positively benefitting their health.

Ahead, we’ll take a closer look at coffee as an appetite suppressant, and well as some of the other health benefits of coffee. There has been a lot of misinformation circulated about the harms of coffee, but it might be far healthier than you knew.

Coffee as an Appetite Suppressant 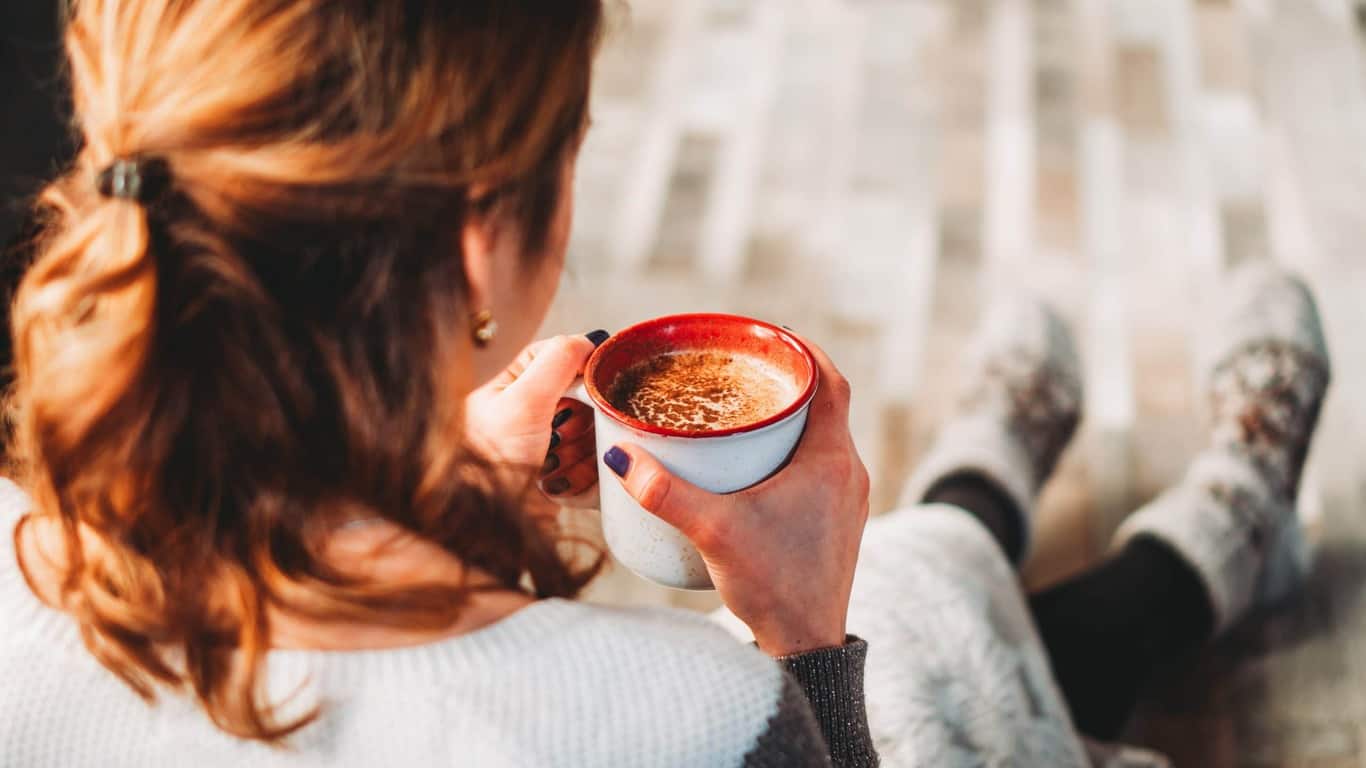 Medically speaking, ​more tests need to take place​ before researchers can definitively state whether or not coffee is an effective appetite suppressant. Still, there is some compelling evidence that points to the idea that people can use coffee as a way to suppress their hunger for a short period.

Coffee can stave off hunger for a while. It’s not a magic drink that will melt off the pounds, but it has a measurable effect on how much a person eats and how hungry they feel.

Since there are so many variables that dictate appetite, it’s hard to come to a concrete conclusion about how useful a coffee appetite suppressant can be, but the results are promising.

Is It Only Caffeine?

Some might complain that “caffeine doesn’t affect me” relating to coffee as an appetite suppressant. Caffeine wakes must of us up, but some people don’t feel anything when they drink coffee.

The reason caffeine doesn’t affect you may vary. You could have developed a tolerance to the substance or be suffering from a perpetual lack of sleep. Caffeine doesn’t do much for people who don’t get enough sleep, and if this is your problem, you should address your sleep pattern before worrying about an appetite suppressant.

Regardless, caffeine only plays a small role in suppressing appetite. It isn’t just the caffeine that’s causing you to stay away from snacks – it’s the entire composition of coffee.

If caffeine doesn’t affect you for whatever reason (or you just don’t like the feeling), decaf coffee works just as well. Try to stay away from cream and sugar, though, as these will add unneeded calories to the equation.

​How Effective is Coffee at Suppressing Appetite?

So, is coffee an appetite suppressant? The evidence points to yes. A cup of coffee has several components that help suppress your appetite.

A coffee appetite suppressant doesn’t work for hours, though. The length of time a cup of coffee will satisfy you depends on the individual but lasts about a half hour to an hour.

Additionally, drinking a cup of coffee doesn’t limit your food intake unless you drink some right before a meal. If you drink a cup of coffee an hour or two before you eat lunch, your appetite probably won’t change very much.

Coffee improves focus, though, which means it might have an intangible effect on appetite. If you’re at work with a cup of coffee in your system, for instance, you might be focused enough on your task to keep snacking at bay.

You’ll still be hungry, but your focus will prevent you from indulging in snacks. Coffee’s ability to suppress appetite has its limits but drinking a cup will undoubtedly help you stay away from snacks while the effects last. 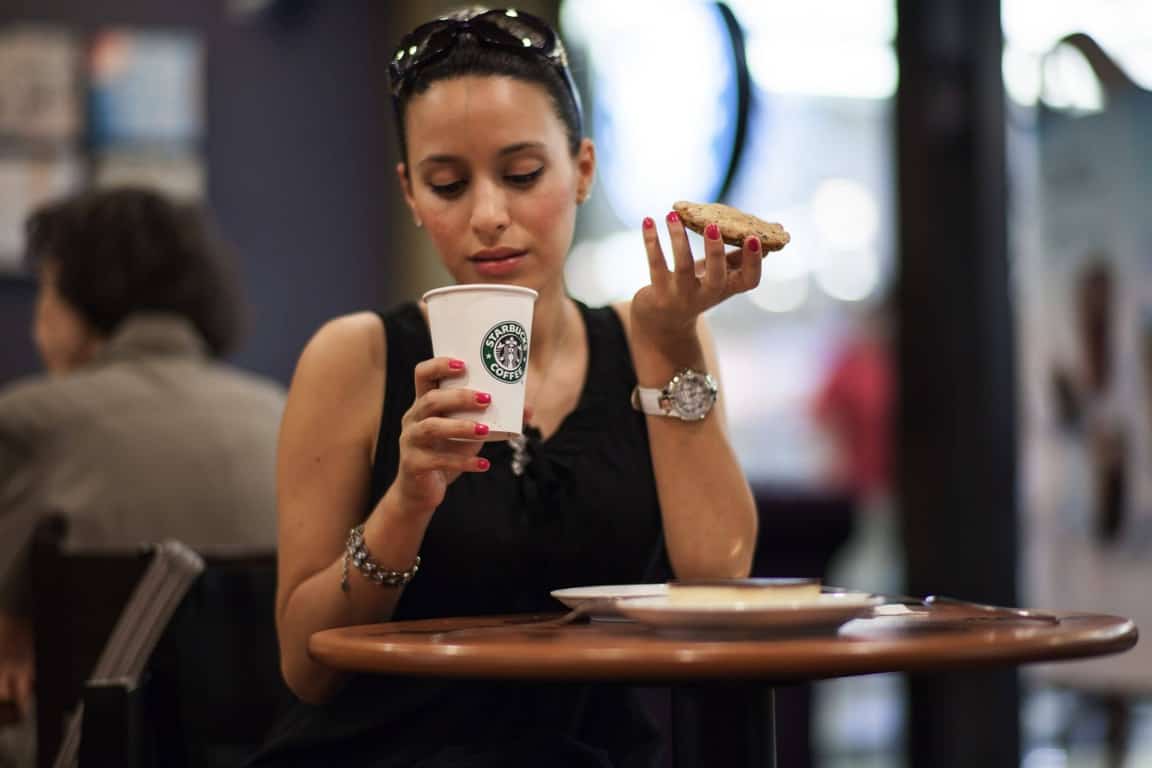 A coffee appetite suppressant might be effective, but is it healthy? It doesn’t matter very much if you’re suppressing your appetite when you’re jeopardizing your health in the process.

There’s a considerable amount of debate in the medical industry as to whether or not coffee is healthy. If you’re using a coffee appetite suppressant, it’s a lot healthier than some of the other things you can consume – especially if you’re drinking black coffee.

Black coffee is free of the sugar and calories that other drinks can contain. Sure, other caffeinated beverages might help with appetite suppression, but if you want to know how to suppress appetite without causing harm to your body, drinking black coffee is one of those ways.

People don’t seem to know what to think about the health benefits of coffee. Most of us drink it every day and have heard some of the risks associated with drinking coffee. Older studies have shown that coffee can increase the risk of heart disease or cancer. This causes worry in some people who rely on coffee to wake up and get through the workday.

Still, caffeine is the most popular drug in America, and most of us couldn’t envision a life without the stuff.

Coffee would have to be extremely bad for us for many of us to consider giving up the habit. Thankfully, we probably don’t have to. More recent studies have not only refuted older research but shown that coffee might benefit our health.

While it seems confusing why research has done a 180 on coffee consumption, the reasoning is quite understandable. Researchers completed old studies when smoking was still a cultural norm. These studies didn’t take a lack of physical activity and smoking into account.

Once researchers started accounting for these variables, the results started to skew in favor of coffee drinkers. In fact, researchers have found that coffee might limit the risk of heart disease later in life.

The Health Benefits of Coffee

Modern research has unveiled a long list of health benefits associated with drinking coffee. Not only is coffee a natural appetite suppressant, ​but it can help prevent​:

This is a massive departure from previous studies that put coffee drinkers in danger. If you’re looking for a natural way to suppress appetite, coffee provides an excellent solution.

Coffee can also help improve your mood and help with focus and attention. If you’re having trouble focusing on your work, a cup of coffee will likely get you in the zone.

Of course, this isn’t an excuse to drink four or five cups of coffee a day. Too much coffee can lead to adverse side effects, particularly if you always drink caffeinated coffee.

Additionally, coffee loaded with cream and sugar won’t do you any favors either. To get the most out of coffee, you need to drink it black.

The taste might be bitter when you first make the switch, but you’ll get used to it. After a while, you’ll start to appreciate the difference between high-quality coffee and the cheap stuff.

The Real Risks of Too Much Coffee

​While coffee is far healthier than researchers previously thought, you should still be careful with your coffee consumption. Experts stated that up to 400 mg of caffeine per day is safe for healthy adults. This is around four cups of coffee without any other caffeinated drinks.

Studies even show that it’s safe for pregnant women to drink up to 300 mg of caffeine each day. Still, you run the risk of increasing your chances of a miscarriage, so it’s better to stay well below this level if you’re expecting.

The real health risks of too much caffeine include:

For healthy adults, these risks are manageable. It isn’t ideal to drink too much coffee, but you can probably manage the symptoms for a day or two.

To avoid these negative effects, drink coffee in moderation. Learn how caffeine affects your body, and stay below the healthy threshold. 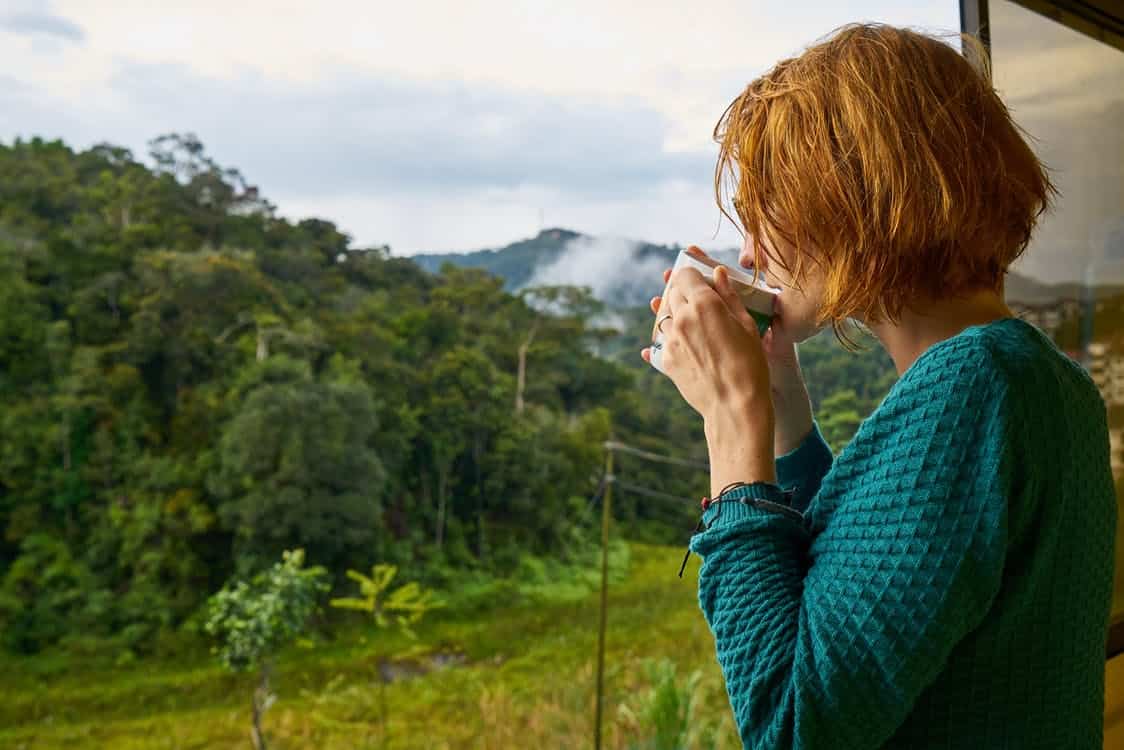 If your appetite is suffering and you think coffee is to blame, you might want to look into a natural appetite stimulant. Giving up coffee is much harder than it sounds, so incorporate some herbs into your diet to help balance your hunger.

Bitter herbs are especially effective at stimulating appetite. They increase stomach acids and saliva to help ​naturally boost your appetite​.

Drinking Coffee For Your Health 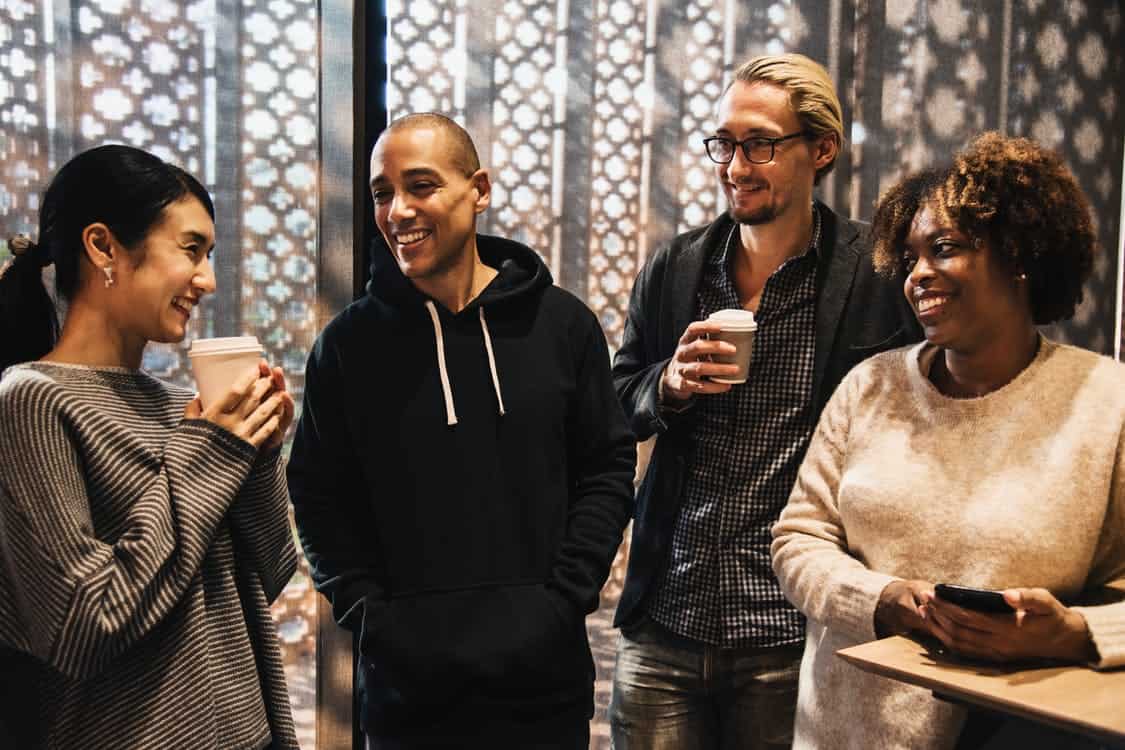 Coffee has numerous health benefits for both your body and mind. It keeps you focused, decreases hunger in the short-term, and can help you live longer if you drink in moderation.

Although outdated studies claimed that coffee was harmful, they didn’t take other unhealthy life choices into account. We now know that coffee has the opposite effect on things like heart disease than researchers previously thought.

More than anything, we have to reiterate that you need to drink black coffee to get the most out of the coffee health benefits and appetite suppressing qualities.

Adding milk and sugar to your coffee only adds calories. Suppressing your appetite doesn’t mean much if you’re adding calories to do it.

* YourShapeYourLife.com is a participant in the Amazon Services LLC Associates Program, an affiliate advertising program designed to provide a means for sites to earn advertising fees by advertising and linking to Amazon.com.

YourShapeYourLife.com is a participant in the Amazon Services LLC Associates Program, an affiliate advertising program designed to provide a means for sites to earn advertising fees by advertising and linking to Amazon.com.